Human beings have wanted to travel into space since… forever. The mystery and the not knowing was like bees to honey for the folks of yesteryear. They tried to discover the moon and whatever else lay out there in the vast void of darkness. Today, I hope to share with you some facts about animals in space.

For centuries, astronomers wanted to explore “up there”. Was the moon the mystical object of folktales? Was the Earth round? Questions questions…. 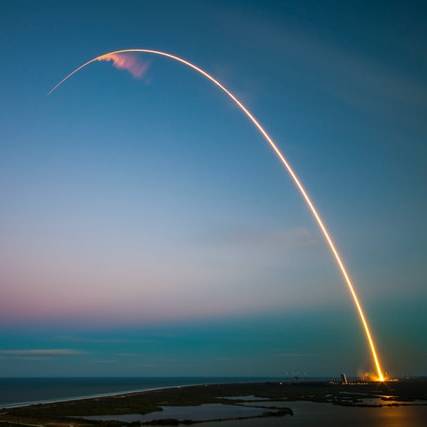 Only recently, there was a mission which launched the first privately-owned spacecraft preparing for tourist travel missions next year. The flights will cost approximately £40million each so only the very extremely rich will be able to go. They had a successful landing at the International Space Station from US soil, the first launch in almost a decade.

Of course, that will be for humans, but animals have been travelling into space for many years now. Unfortunately for research purposes, scientists could learn what is and what isn’t possible for human space travel.

Would you like to be a space tourist? This is a far cry from one day in 1783 when the Montgolfier brothers launched a hot air balloon to an altitude of 2 miles. The basket carried a sheep, a rooster and a duck. The aircraft landed safely. Since then, there weren’t any notable developments until the 20th century.

The Montgolfier brothers launch a hot-air balloon up 2 miles carrying a sheep, a rooster and a duck. The aircraft landed safely afterwards.

They sent Fruit flies up 68 miles in a Nazi V-2 rocket – landed safely by parachute. 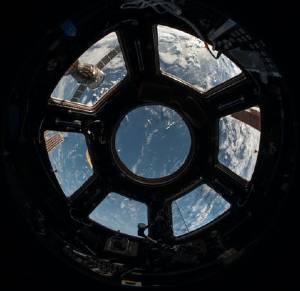 Albert I – no information

Albert II was a Rhesus monkey who reached an altitude of 83 miles. Unfortunately on his return, Albert II died on impact.

Various species such as chimpanzees, rhesus macaques, pig-tailed, cynomolgus (crab-eating macaques) and squirrel monkeys were included in the total of 32 monkeys that were sent into space in this decade.

A mouse went up 85 miles only to die when the rocket disintegrated, and the parachute failed to open.

In 1950’s Soviet Union, packs of stray dogs were collected from the streets, especially to be launched into space. (Personally, feeling quite angry while writing this now). The Soviets believe that these dogs were more hardwearing against the cold than other animals and so was determined their fate.

Laika was a Russian female dog. She orbited the Earth on Sputnik 2 but died from heatstroke and stress.

Able was a rhesus monkey, and Baker was a squirrel monkey. After spending 9 minutes floating around, they landed safely after a very short flight.

The Russians launched a mission with two dogs and the first rabbit in history – outcome unknown.

What fear and stress all of these animals must have felt!

Just three months before Alan Shepherd was due to fly, another chimp called Ham made a sub-orbital journey. Then, Enos, another chimpanzee was the first to orbit successfully, paving the way for Alan’s mission.

This year, in France, we saw the first cat (Félicette) take off. She had electrode implants for monitorization (grrrr I know, right?). She travelled 160km with a “successful outcome”.

More Russian dogs called Ugolyok and Veterok travelled for a record-breaking duration of 22 days. They landed safely, and the record still exists.

Two launches from Russia this year. The first was successful with wine flies, bacteria, 2 Russian tortoises, plants and meal-worms.

On the second attempt, the return trip saw the demise of the biological specimens due to malfunction.

“We didn’t even know if humans would be able to digest their food [in space].” “We were concerned … that humans might suffocate on the contents of [their] own stomachs if it all went floating up.” – Julie Robinson, NASA’s chief scientist for the International Space Station, told Space.com.

Buzz Aldrin and Neil Armstrong touched down on the moon.

After years of trying, the ambition of scientists was complete and now animals were not required so much. Their stories didn’t make the ‘papers as they once did, even though cargo such as rabbits, fish, insects and other biological loads continued to be launched.

Arabella and Anita – they are the names given to two spiders (European garden spiders). For 59 days, they merrily weaved their webs around the NASA space station, Skylab.

Since the early years of space travel, biological cargo has been carried aboard the Space Shuttle and to and from the Russian and US space stations. 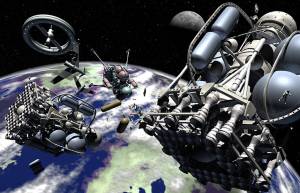 For one month in 2013, various critters including mice and rats, were launched aboard the Bion satellite. These died because something went wrong with their food supply.

Mice travelled to the International Space Station. They were studied for physiological changes. 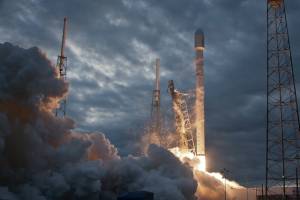 After 300 days of safeguarding on the ISS, mice sperm produced mouse pups/pinkies. Their outcome is unknown.

As seems to have become a regular trend, another 20 mice were taken into space to see how the stress affected them on this record-breaking off-planet duration of time.

Before my research for this post, I could already imagine the distress, torture, stress, fear and nerves that any animal would have when placed in such circumstances.

From the laboratory to the rocket, the launch, zero gravity and then trying to survive in space (if they were lucky to get that far) is unnatural for animals. For them to die for the sake of humans, for me, is unfathomable. 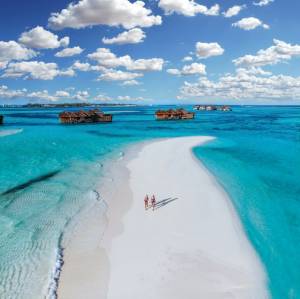 Why can’t humans just be grateful for what they already have down here on this beautiful planet, Earth? We have beauty and mysterious, still unexplored oceans and corners of the world where there is still much to find. Can’t we just be content with this planet instead of sacrificing our animals to discover the stars? The stars are just as beautiful to look at from down here.

Trips to Mars or trying to get as close to the sun as possible should, in my opinion, remain a subject of fairy tales and science fiction. Let them fill our imaginations with wonder. What will be left to discover if humans learn everything about what lies out there in space? Do more animals have to give up their lives for humans’ endeavours into space?

Facts About Animals in Space

What are your thoughts on this subject? Would you like to be a space tourist and if so, why? Do you agree on the use of animals for these missions?

“Animals don’t go into space very often. There are so few flight opportunities for a mission to include animals, so the project has to be pretty important to earn a spot on any trip into space. When animals do make the trip, their welfare is a key concern.” – Laura Lewis, a member of the NASA Ames Institutional Animal Care and Use Committee. (NASA – Animals in Space. https://www.nasa.gov/audience/forstudents/9-12/features/F_Animals_in_Space_9-12.html) 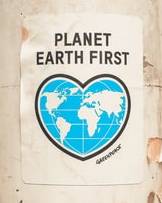 8 thoughts on “Facts About Animals in Space”

We use cookies on our website to give you the most relevant experience by remembering your preferences and repeat visits. By clicking “Accept”, you consent to the use of ALL the cookies.
.
Cookie SettingsAccept
Manage consent

This website uses cookies to improve your experience while you navigate through the website. Out of these, the cookies that are categorized as necessary are stored on your browser as they are essential for the working of basic functionalities of the website. We also use third-party cookies that help us analyze and understand how you use this website. These cookies will be stored in your browser only with your consent. You also have the option to opt-out of these cookies. But opting out of some of these cookies may affect your browsing experience.
Necessary Always Enabled
Necessary cookies are absolutely essential for the website to function properly. These cookies ensure basic functionalities and security features of the website, anonymously.
Functional
Functional cookies help to perform certain functionalities like sharing the content of the website on social media platforms, collect feedbacks, and other third-party features.
Performance
Performance cookies are used to understand and analyze the key performance indexes of the website which helps in delivering a better user experience for the visitors.
Analytics
Analytical cookies are used to understand how visitors interact with the website. These cookies help provide information on metrics the number of visitors, bounce rate, traffic source, etc.
Advertisement
Advertisement cookies are used to provide visitors with relevant ads and marketing campaigns. These cookies track visitors across websites and collect information to provide customized ads.
Others
Other uncategorized cookies are those that are being analyzed and have not been classified into a category as yet.
SAVE & ACCEPT
error: Content is protected !!